A collection of over 75 recipes all with one thing in common, they contain prepared eggnog as an ingredient. Got eggnog? I’ve got you covered! 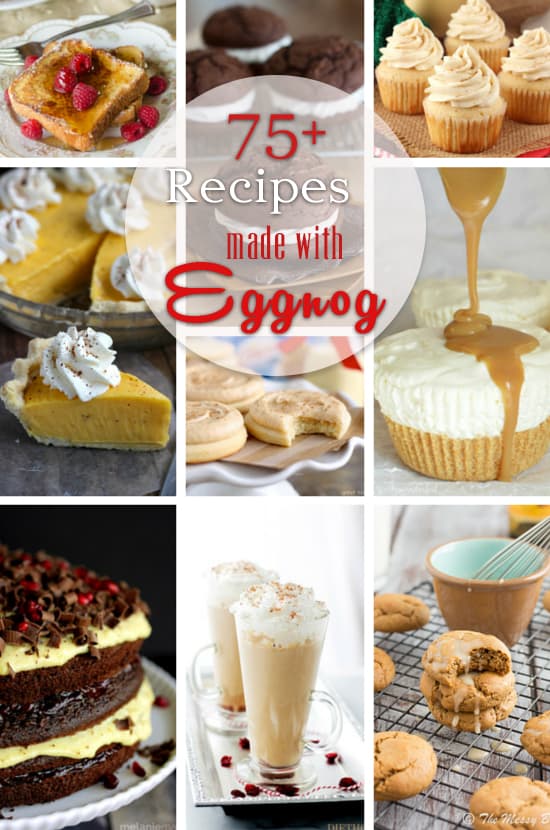 You bought some, the neighbor brought some over, and Uncle Bob brought a couple cartons when he came for dinner on Christmas Eve. What to do with all that eggnog? I’ve got you covered with this collection of recipes from some of my favorite bloggers who’ve gotten very creative with this seasonal concoction.

Eggnog has great texture which does wonders for baked goods but it doesn’t end there. These recipes run the gamut from breakfast ideas, cakes, cookies, pies, beverages (both boozy and otherwise), and more. Love it or hate it, you’re going to find something delicious here to do with that leftover nog. 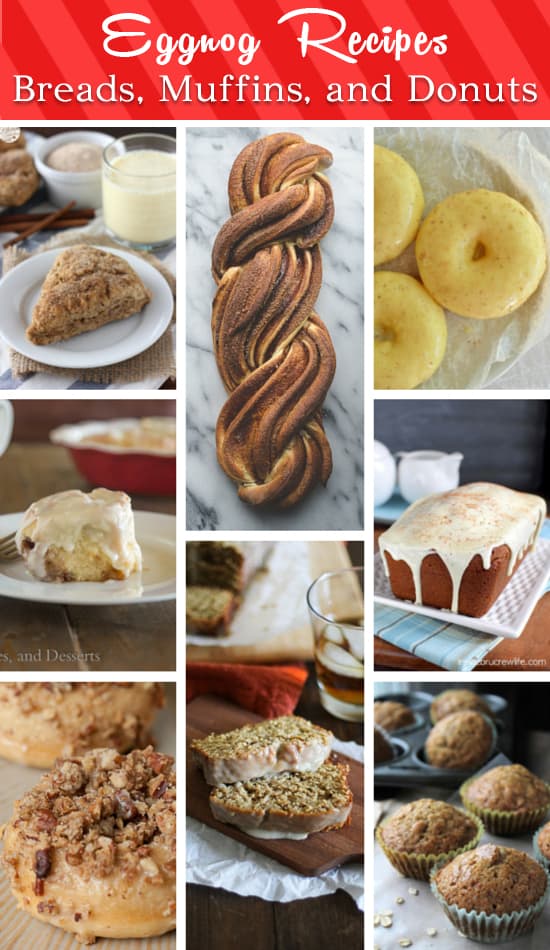 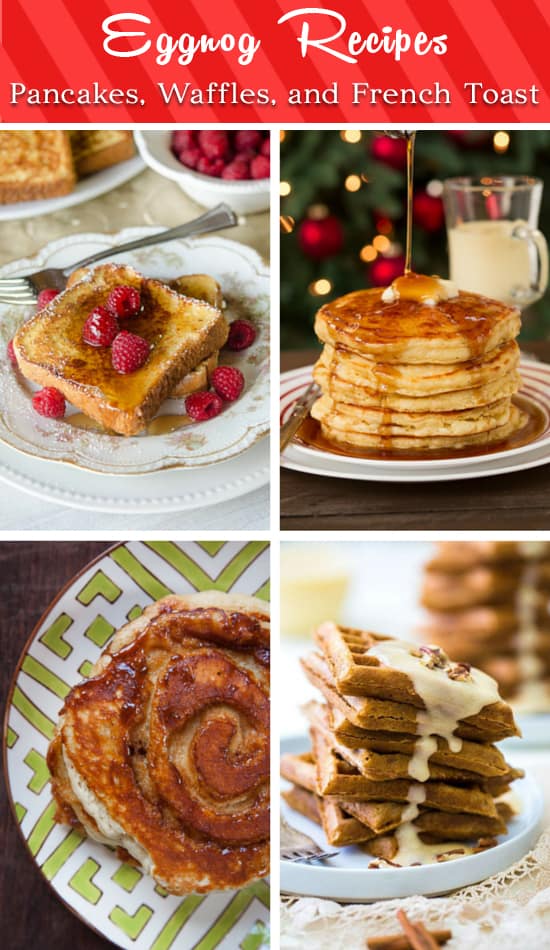 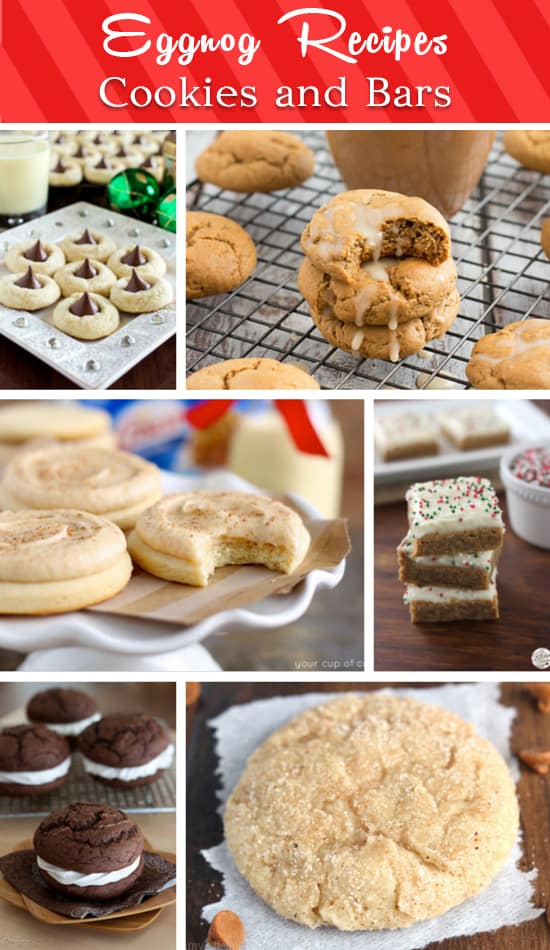 Pictured above from left to right:
Eggnog Blossoms by Back for Seconds
Ginger Cookies with Eggnog Glaze by The Messy Baker
Soft Eggnog Sugar Cookies by Your Cup of Cake
Gingerbread Bars with Eggnog Cream Cheese Frosting by A Kitchen Addiction
Chocolate Eggnog Whoopie Pies by Barbara Bakes
Eggnog Snickerdoodles by Amy’s Healthy Baking 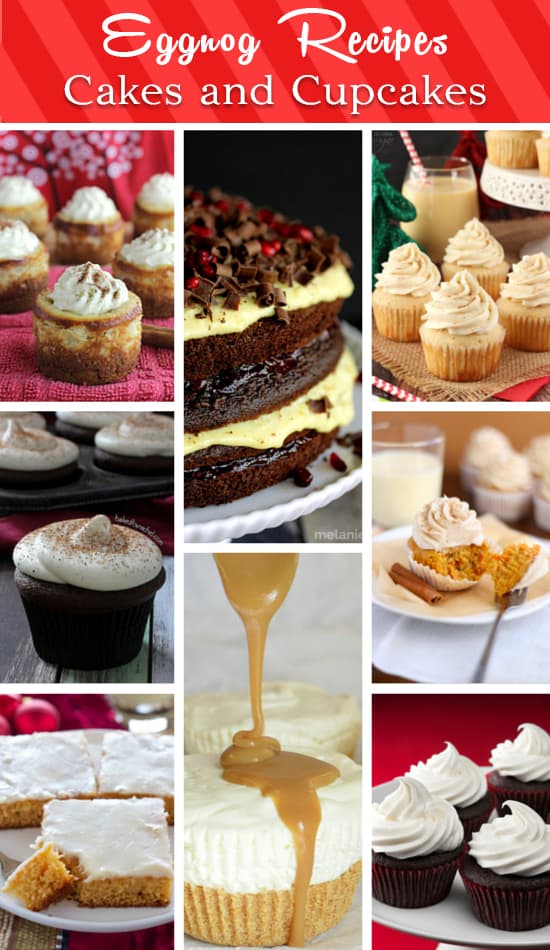 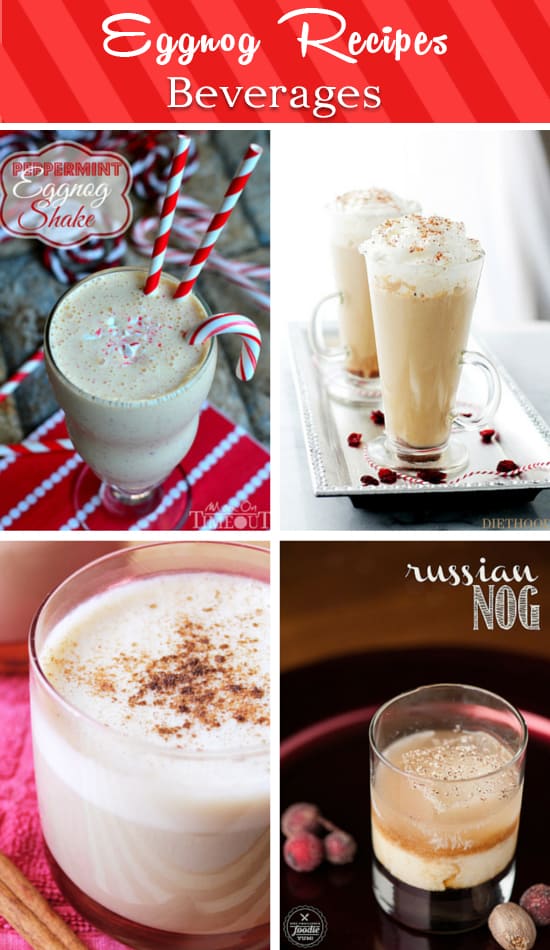 Pictured above from left to right:
Peppermint Eggnog Shake by Mom on Timeout
Starbucks Eggnog Latte by Diethood
Boozy Christmas Spiced Eggnog by Jessica in the Kitchen
Russian Nog by Self Proclaimed Foodie 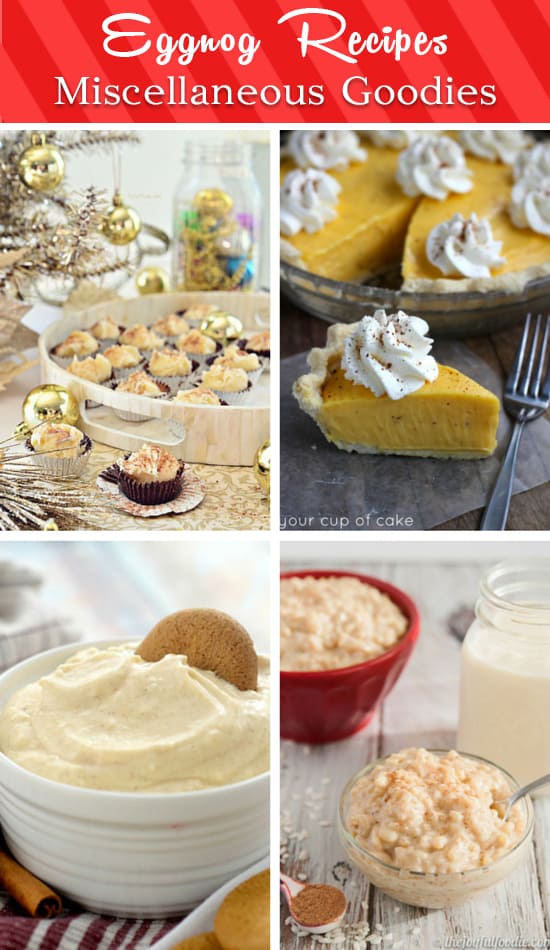 Pictured above from left to right:
Eggnog Truffle Cups by Tidy Mom
Eggnog Pie by Your Cup of Cake
Eggnog Dip by Wine and Glue
Eggnog Rice Pudding by The Joyful Foodie